Ordinary people doing extraordinary things deserve recognition which is why we created the Guts & Glory Award. In five years we’ve given our award to an eclectic bunch of people including a violin playing gastroenterologist who raised the spirits of patients and staff during the pandemic,  a Premier League footballer, a social entrepreneur from Australia and sisters who created a ground breaking blog. With their gutsy approach to raising awareness of gut health we’ve been able to highlight a range of diseases and the challenges we face. Read their stories below to find out more: 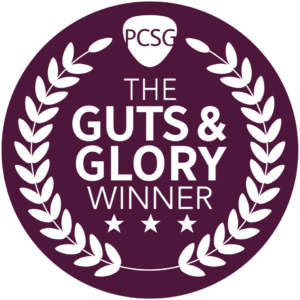 Dr Maxton Pitcher, a Gastroenterologist at Northwick Park Hospital, has received the Guts & Glory Award from the PCSG for his gutsy approach to tackling Covid in 2020.

Armed with just a violin, Maxton played Schubert’s Ave Maria for Alicia Borja, an A&E nursing sister colleague, who fell critically ill with the virus at the peak of the first wave in April 2020. The moving performance helped Alicia to get back on the road to recovery and was caught on film by staff in the hospital. The film went viral and was spotted by GP members of the PCSG who decided Max should receive the 2021 Guts & Glory Award.

As Maxton says, ““The Covid-19 pandemic hit Northwick Park Hospital like a Tsunami wave in March 2020. Terrified nursing staff bore witness to the emergency intubation of their colleagues in A&E, not-knowing if they would be next to fall, like many of our patients on the cohort wards. We sadly lost two Consultant Surgeons to the disease and, with a third of our cadre of Physicians self-isolating at home, waiting for the dreaded day 8 of their illness to pass, an institutional state of chronic anxiety and fear set in.”

Such was the backdrop upon which Dr Pitcher picked up his violin and began to play.

Now, the research project is over, but the twins just couldn’t forget about all that they’d learnt. The Gut 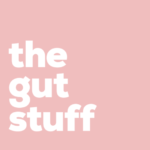 Stuff is their own company dedicated to talking about gut health in a way that’s accessible, affordable and easily digestible to everyone. They believe that a healthy gut needn’t break the bank and that eating well should be for everyone and together, they attend  conferences and run events on gut health, their gut blog contains recipes and support for people who might be suffering from a GI-related health problem and their website and social media is packed full of educational resources on a range of GI topics. Most importantly though, they have done wonders for bringing gut health, a difficult, sometimes embarrassing topic, further into the public eye.

Thank you, Alana and Lisa!

Simon, Jehan and Danny launched toilet roll company Who Gives a Crap in 2012 with the aim of creating a business that would make a difference. Not necessarily a difference to bottoms with softer more perfumed paper but to something much bigger, sanitation projects around the world. It’s estimated that 2.3 billion people across the world don’t have access to a toilet. That’s roughly 40% of the global population and means that around 289,000 children under five die every year from diarrhoea diseases caused by poor water and sanitation. 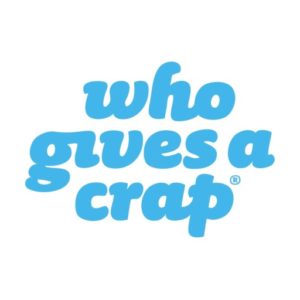 We awarded Who Gives a Crap our annual Guts & Glory Award in November 2018. They had the guts to set up a business that’s pioneering. Simon sat on a toilet in a draughty warehouse and refused to move until there were enough pre-orders to start production. Now that take’s guts and  we think they deserve the glory!

Footballer has the guts to tackle the tough topics

Scottish footballer Darren Fletcher has scored a Guts and Glory Award from the Primary Care Society for Gastroenterology (PCSG), a medical society consisting of 1000 GPs across the UK. Darren received over 700 votes!

Few people are brave enough to talk about the serious medical conditions that many label as embarrassing. Darren Fletcher has the guts to go where others won’t and speaks out about his struggle with ulcerative colitis, so he deserves some glory.

Darren, central midfielder and captain of West Bromwich Albion, continues to tackle the taboo of gastrointestinal conditions. He was diagnosed with the condition in 2011 and has had his large intestine removed, yet came out the other side and got back to playing professional football and living a normal life.

“I stayed silent until about 2011 or 2012 because it’s not something you generally talk about, the symptoms of ulcerative colitis. My close family and friends knew but nobody else knew at the club,” Darren explains. “I found it difficult making up stories for reasons why I wasn’t training, why I was looking ill, why I was feeling ill, why I was rushing off to the bathroom. Basically lying to people’s faces. Once I started talking about it and making it public knowledge it was such a relief. It was the best thing I did.”[1]

Professor Roger Jones, Founding President of the PCSG and Editor of the British Journal of General Practice, presented Darren with the award on Monday 8th May at the West Bromwich Albion training grounds.

“Darren has paved the way for raising public awareness of gastroenterological conditions and hasn’t let his medical issues get in the way of striving to achieve amazing things,” says Professor Roger Jones. “He is a fantastic role model and voice for other sufferers, particularly young adults experiencing gastroenterological issues.”

The award winners were as follows:

Professor Pali Hungin is the Dean of Medicine and the Head of the School of Medicine, Pharmacy and Health at Durham University. A medical doctor, he is also Professor of Primary Care and General Practice and the Director of the Centre for Integrated Healthcare Research within the School.

Greg Rubin is a GP and Professor of General Practice and Primary Care at Durham University. His principal research interest is the management of gastrointestinal problems in primary care and at the interface with secondary care, particularly for cancer and inflammatory bowel disease, and he has published extensively on this subject. He recently completed a term as Chair of the European Society for Primary Care Gastroenterology. He also chairs the Royal College of General Practitioners’ Scientific Foundation Board.

Karen Holbrook works both within the NHS at Gloucester and Cheltenham Hospitals and also in the Community at Prime Endoscopy Bristol based at Westbury on Trym. She has also been an IBD Nurse Specialist and has done an MSc in Health Sciences (IBD) She is a hypnotherapist. Karen is highly skilled and a great team member, her contribution to our unit is highly valued by all that work with her.

When Rob Starr decided to swim the English Channel in memory of his father Edward, who had passed away from cancer, he knew he had set himself an enormous challenge. The 21-mile swim through the freezing waters of one of the world’s busiest shipping lanes would be enough to daunt even someone at the peak of physical fitness. However Rob had another hurdle to overcome – the 44-year-old businessman suffers from Crohn’s disease and assumed that the cold temperatures would exacerbate the crippling abdominal pains he regularly suffered. What he did not expect was that the icy seawater would actually relieve his agony….

To enter the next round of awards (date to be confirmed) simply fill in the form below: