He was Wolfson Professor and head of general practice and primary care at King’s College London School of Medicine from 1993 – 2010, where he was also Dean for Teaching and Dean for External Affairs, and now holds an emeritus position there.

Professor Jones has played a leading role in the development of academic general practice in the UK over the last 20 years during which time his main area of research interest has been the epidemiology and management of common gastrointestinal problems in the community and in primary care. He has also published on mental health problems in primary care and on the relationships between health and ethnicity, and on health policy and medical ethics. He has been active in research and development in medical education since the introduction of the OSCE at Southampton in the 1980s.

Professor Jones edited Family Practice, an international journal of primary care, between 1990– 2004 and was Editor-in-Chief of the prize-winning Oxford Textbook of Primary Medical Care, published in 2005.

Marion is a Senior Partner of a busy inner city Sheffield Practice of nearly 12,000 patients. She has worked in the local teaching hospital for 20 years delivering endoscopy sessions and clinics and is currently an elected member of the new local CCG. Marion has helped to establish successful community clinics, which include Gastroenterology and put the focus on care closer to home. These are consultant led but delivered in the community, which has been incredibly well received by patients.

Her children have flown the nest leaving more time for thinking of new solutions to old problems, like intestinal matters!

Dr Patricia Macnair works as a Specialty Doctor in Medicine for the Elderly at The Royal Surrey County Hospital, Guildford and it’s associated Community Rehabilitation Hospital in Milford, Surrey.  She is interested in all aspects of medicine for older people but especially the management of acute crises in the frail elderly, dementia and ethical issues around the end of life.

She has also worked for nearly 25 years as a freelance medical journalist and broadcaster, writing for both the public and healthcare professionals, as well as contributing towards radio, TV and both printed and online publications.  She has won several awards from The Medical Journalists Association including a Commendation for Excellence in Journalistic Skills earlier this year. 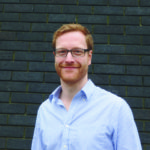 Charlie Andrews is a GP in Clevedon, near Bristol. He qualified from Nottingham University Medical School in 2012 after taking an unorthodox route into medicine via a history degree at Durham University and a job as a personal trainer.

His interest in gastroenterology stems from his own experience of ulcerative colitis, as well as a hospital post in this area during his training. He feels fortunate in being able to pursue this interest in his role as Regional Clinical Champion for Inflammatory Bowel Disease for the RCGP and Crohn’s & Colitis UK, as well as being a committee member of the PCSG. 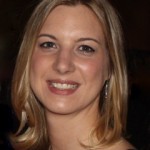 Sophie Nelson graduated from the University of Manchester in 2006. After pursuing a specialist interest in endoscopy as a GP trainee, she qualified as an independent endoscopist and now works as a GPwSI (GP with Special Interest) in gastroenterology in a large city centre hospital alongside her General Practice commitments in Wilmslow, Cheshire. 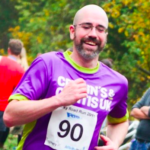 Kevin is a General Practitioner in Rickmansworth, Hertfordshire and Clinical Lead for Gastroenterology at the Hertfordshire Valleys Clinical Commissioning Group (HVCCG).

His first house job was in gastroenterology, which piqued his interest in this area and it has continued to be an interest since he became a GP in 2002.

Kevin has been involved in commissioning since 2008 and has been the clinical lead for gastroenterology for HVCCG for the last eighteen months and has worked closely with the local gastroenterologists to develop & distribute pathways for faecal calprotectin testing and the diagnosis and management of IBD. In addition he is the RCGP and Crohn’s and Colitis UK Inflammatory Bowel Disease Clinical Champion.

Dr John Galloway is a General Practitioner in Kings Lynn, Norfolk of 30 years standing with a special interest in endoscopy. He has been a steering group member of the PCSG since 1986 and was Treasurer between 2004 and 2017.

Having worked as a hospital practitioner in endoscopy since 1982 he pioneered endoscopy in primary care in 1993. In 2000 he opened a stand-alone community endoscopy unit in West Norfolk, which continues to flourish.  He represented the RCGP on JAG in its early days for 5 years.

Jamie Dalrymple is an Academic GP at the Norwich Medical School where he is the Lead for the Academic Clinical Fellows in primary care.  In addition, he has a teaching and curriculum development role for 3rd year and 4th Medical students.  Jamie completed his MD in 2003 and has published on a number of subjects over the past two decades.  Jamie gave up his clinical commitment  in September 2016 after 32 years in the same practice.

He was educated at Charing Cross Hospital, University of London and moved to Norfolk after house jobs. He trained in General Practice in Norfolk, settling as a partner in his training practice.
Shortly after joining his practice he trained in upper and lower GI endoscopy at the Norfolk and Norwich Hospital where he was a Clinical assistant and then a hospital practitioner in Gastroenterology. Between 1998 and 2008, he ran an upper GI endoscopy service based in his practice. Latterly he has relinquished endoscopy and concentrated on teaching at the Norwich Medical School. Jamie represents primary care as a medical adviser to a number of patient support organisations including the coeliac society, the ibsnetwork, CCUK and Pancreatic cancer UK.

Richard Stevens studied Psychology and Physiology at Oxford before his medical degree. He has been a GP principle at in Oxford for nearly thirty years. For many years he was a Hospital Practitioner in endoscopy at the John Radcliffe Hospital. A founder member of the PCSG, he was the chairman for nine years until 2008 and again most recently between 2015 and 2017.

He has been involved in a number of research projects and was a member of the NICE guideline development group in the Irritable Bowel Syndrome.  Recently he has been combining his interests in gastroenterology and behavioural science and is writing and speaking on communication and psychological aspects of bowel conditions.

Richard has had a career long interest in gastroenterology. From 1978 -2010 he was a GP endoscopist negotiating change of grade from Clinical Assistant to Hospital Practitioner, and ultimately to GPwSI in Bristol. With fellow doctors Mike Cohen and John Entrican he is now Co-Director of the community gastroenterology service, Prime Endoscopy Bristol.

Dr Spence is an active member of the Primary Care Society of Gastroenterology (since 1987) and has taken on a number of roles on the Steering Committee including editing Gastroenterology in Perspective for 10 years, and acting as the PCSG representative at the RCGP Alliance of Primary Care Societies Group working on the development of GPwSI concept, definition and frameworks.