Antibiotic Research UK (ANTRUK), a charity founded in 2014 to save modern medicine from the onslaught of superbugs, is delighted to announce the launch of THE GREAT BRITISH TEA PARTY which will take place all over the UK in the afternoon of Wednesday 18 November, European Antibiotic Awareness Day.

THE GREAT BRITISH TEA PARTY will be held annually on this day and new and existing supporters are being encouraged to organise tea parties to generate funds for our research programme, and at the same time increase awareness of antibiotic resistance, a worldwide phenomenon with public health implications for humankind.

Superbugs are fast becoming an increasing problem in hospitals and the community as bacteria become more and more resistant to our existing antibiotics. Dame Sally Davies, the Chief Medical Officer for England, recently said that if we ignore the problem now our grandchildren will blame us for not acting to address this global issue (http://www.bbc.co.uk/iplayer/episode/b05wgq4g/panorama-antibiotic-apocalypse). There is a significant risk that future generations will not enjoy the same benefits of medicine as we do today. All the medical procedures currently taken for granted, for example cancer treatment, open heart surgery, hip and knee replacement and organ transplantation will become much more perilous.

Professor Colin Garner, Chief Executive of ANTRUK, said ‘This is an exciting and engaging new fund raising initiative which my fellow Trustees and I hope will capture people’s imagination. We want as many GREAT BRITISH TEA PARTY’S to be held up and down the country as possible – thereby contributing funds to support our vital work’. Dr David Brown, chair of the Charity’s Scientific and Technical Advisory Committee said ‘the research programme which the Charity’s scientific and clinical experts have drawn up is both exciting and innovative. Once we have raised the money we will seek bids from universities to carry out our novel work on Antibiotic Resistance Breakers’.

The charity’s immediate task is to raise £250,000 to fund our first research programme to tackle superbugs. So far we have secured £25,000, from a range of supporters from across the UK. All funds generated from The Great British Tea Party will be devoted to this research initiative.

The charity, with some of the UK’s top antibiotic resistance researchers and scientists behind it, aims to develop its first new antibiotic therapy by the early 2020’s. The charity needs to raise up to £30 million on the next 5-7 years, through a combination of traditional fundraising, corporate sponsorship, giving by trusts and foundations as well as newer fundraising methods such as crowd funding over the next five years. 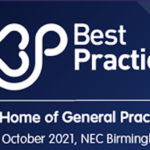 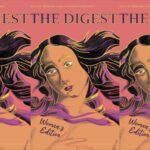