Professor Roger Jones, founder of the Primary Care Society for Gastroenterology, will be standing in the national election for the Presidency of the Royal College of General Practitioners. 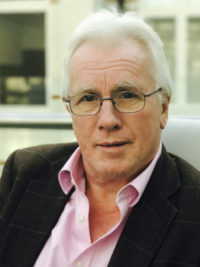 Professor Jones commented “The Chief Executive of the NHS hit the nail on the head when he said that being a family doctor was arguably the most important job in the country. I couldn’t agree more! As well as helping to deal with the difficulties that general practice and the NHS are facing, I want to emphasise and celebrate all the great things about general practice and about being a GP. Representing the RCGP as President will give me the opportunity to do just that, and to give something back to a profession which I love, and which has given me so much”.

Voting for the Presidency is now open (click here).